Your Cart is Empty

From custom-made glasswork to wallpaper, Jacky Winter Gardens is furnished head to toe by our world renowned flock of artists. 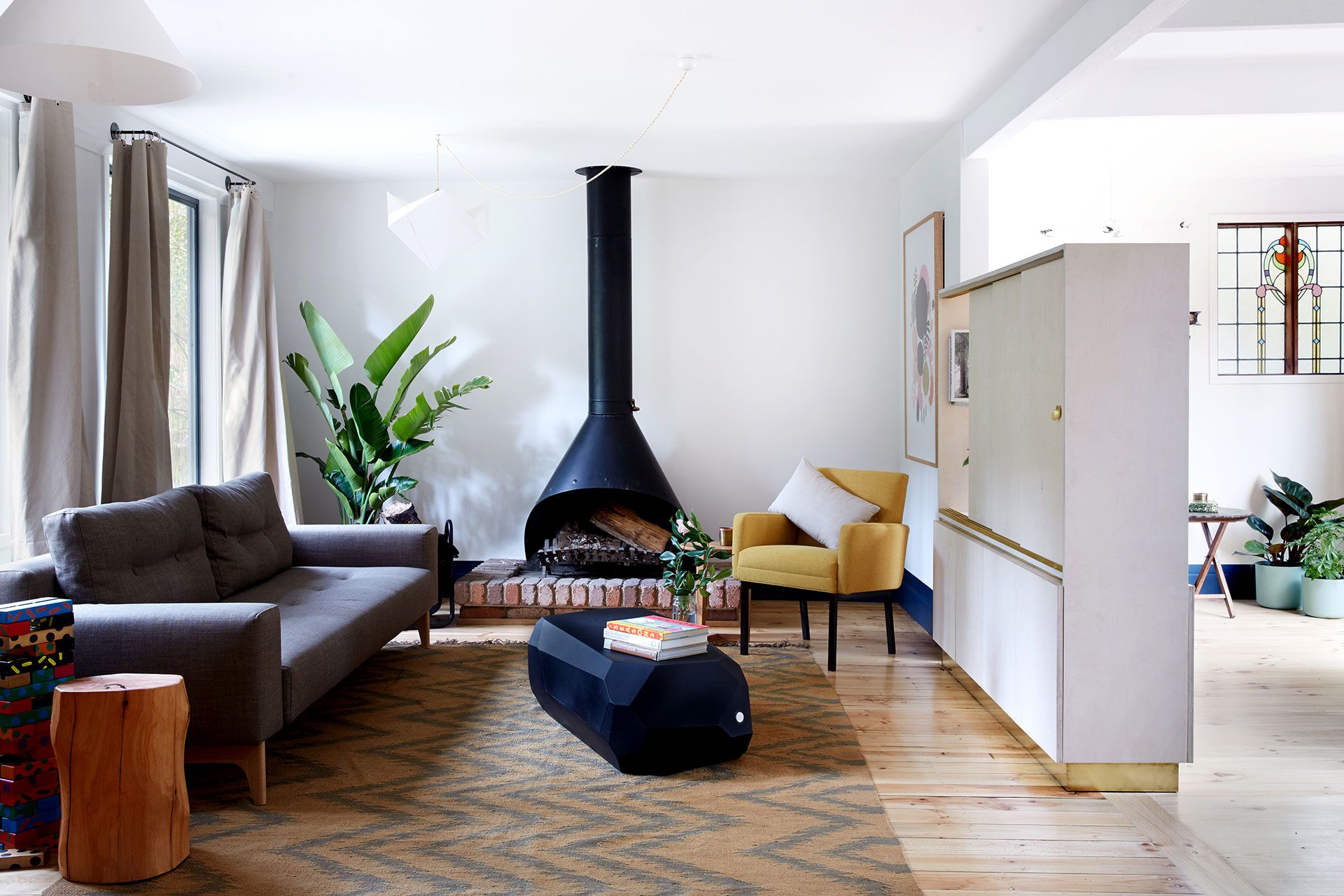 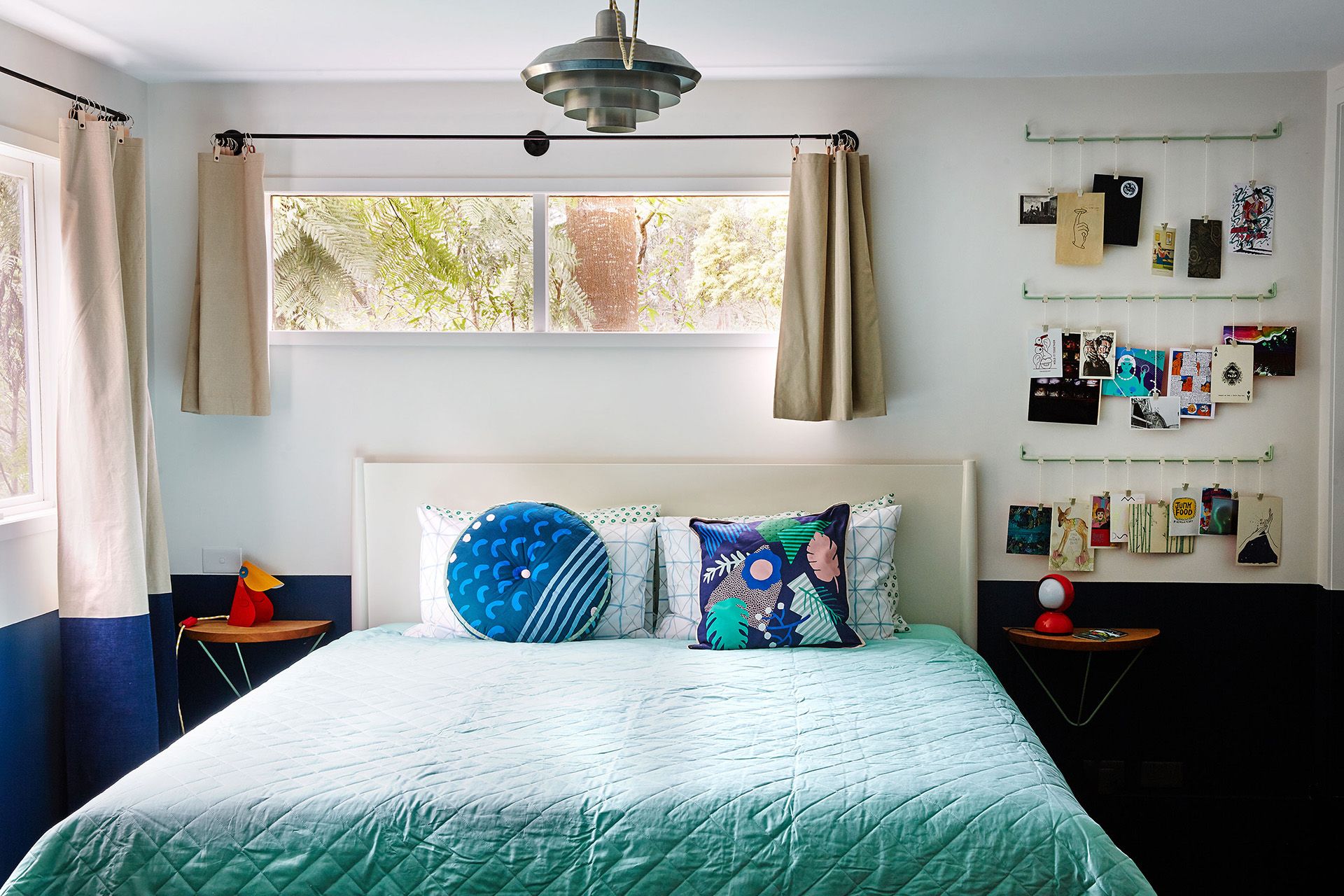 Wood fired heater
With plenty of dried timber and kindling

Complimentary Garden Map by James Gulliver Hancock
Each booking to receive an A2 riso print of artwork.

Handmade Soap + Toiletries
Made in collaboration with Soap Club.

Sonos Wireless Audio
In each room of the house.

Custom wallpaper
by Marc Martin based on ‘The Forest’ 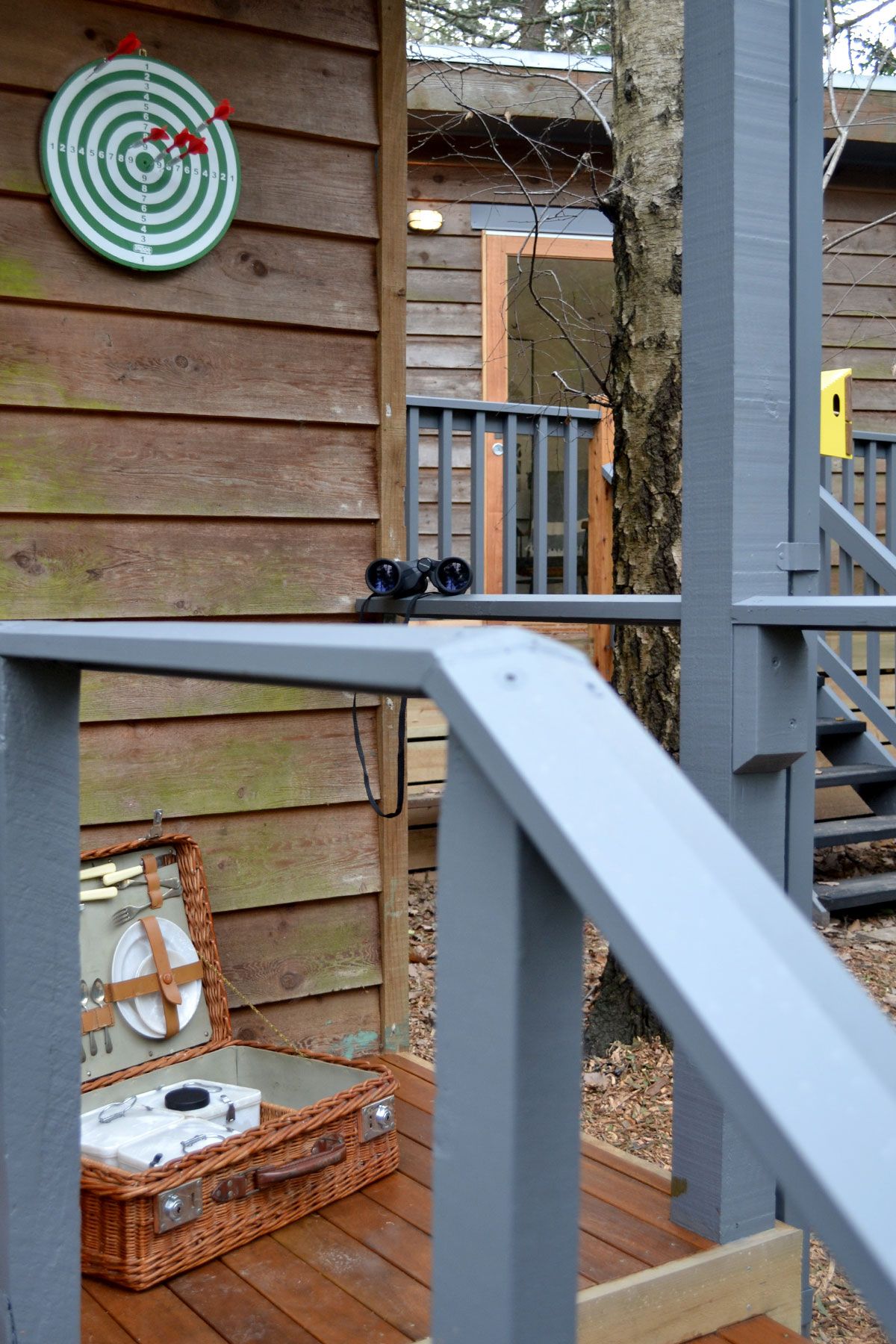 With desk and daybed.

Can accommodate up to four guests. 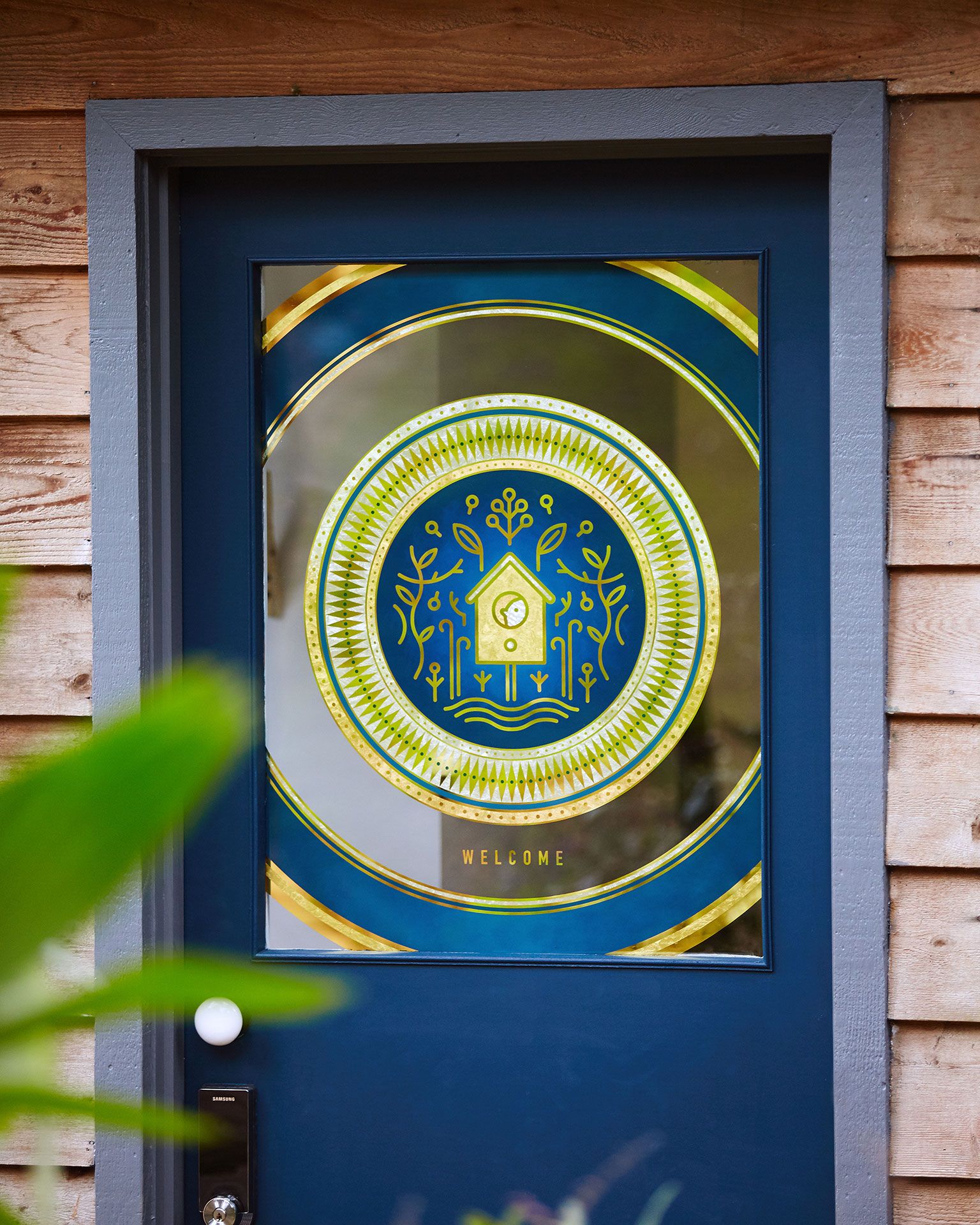 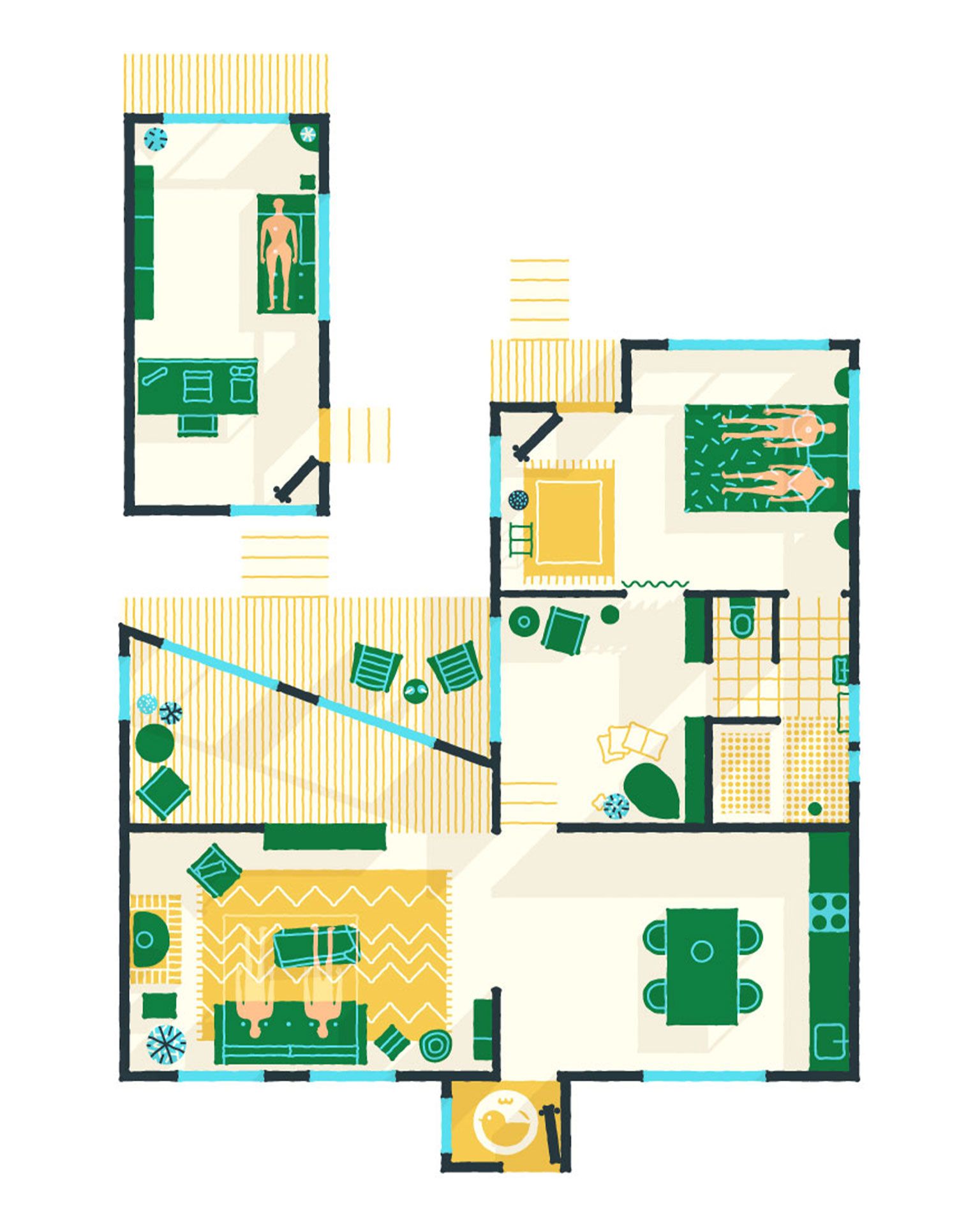 The interior of Jacky Winter Gardens is somewhat of an informal gallery space. It both showcases the work of our artists, and allows guests to actively engage with it. Designed by interior architect Sarah Trotter (Hearth Studio), the indulgent interior environment reflects the high aesthetic and design standards of their work, whilst also replicating the lush nature of the gardens. 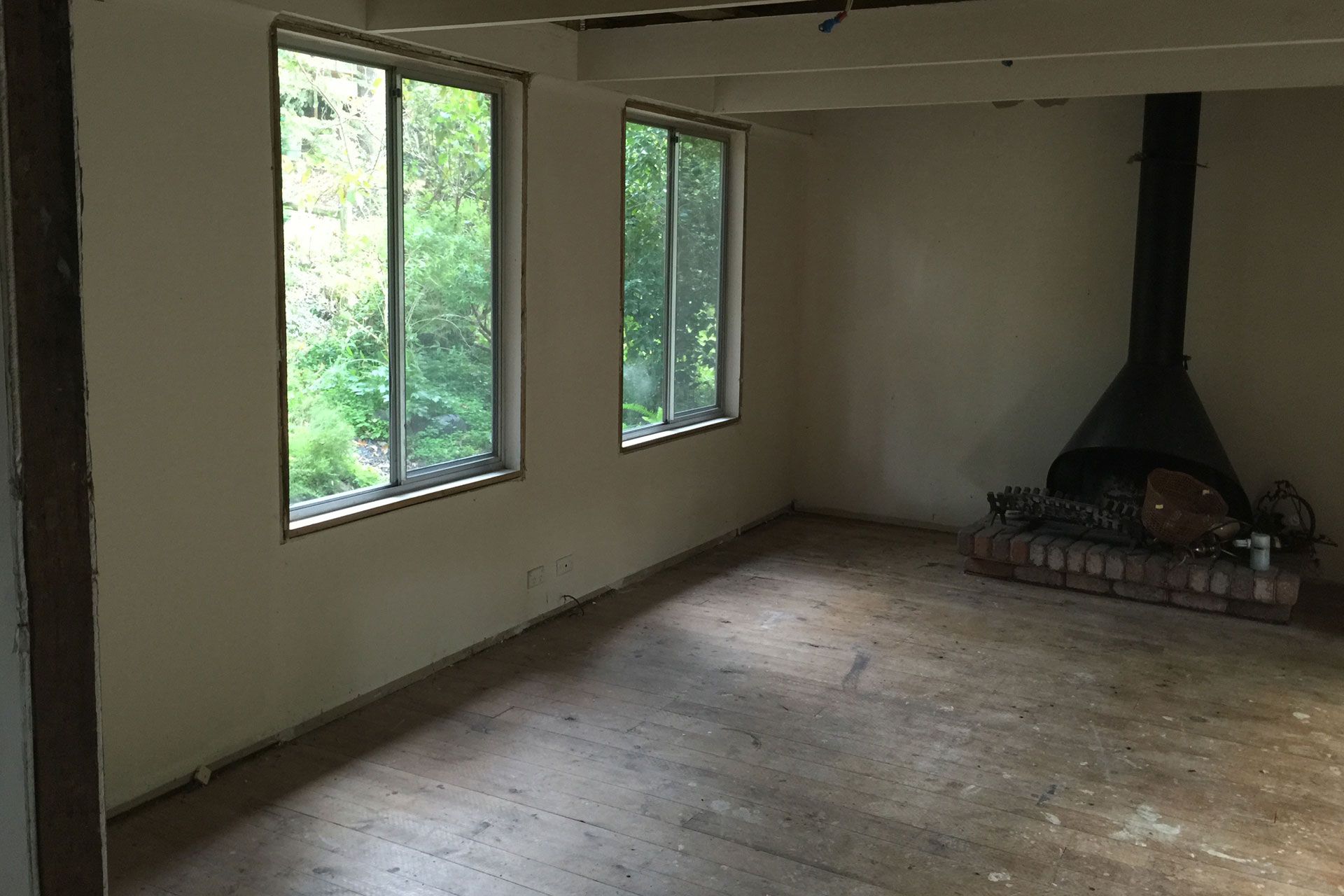 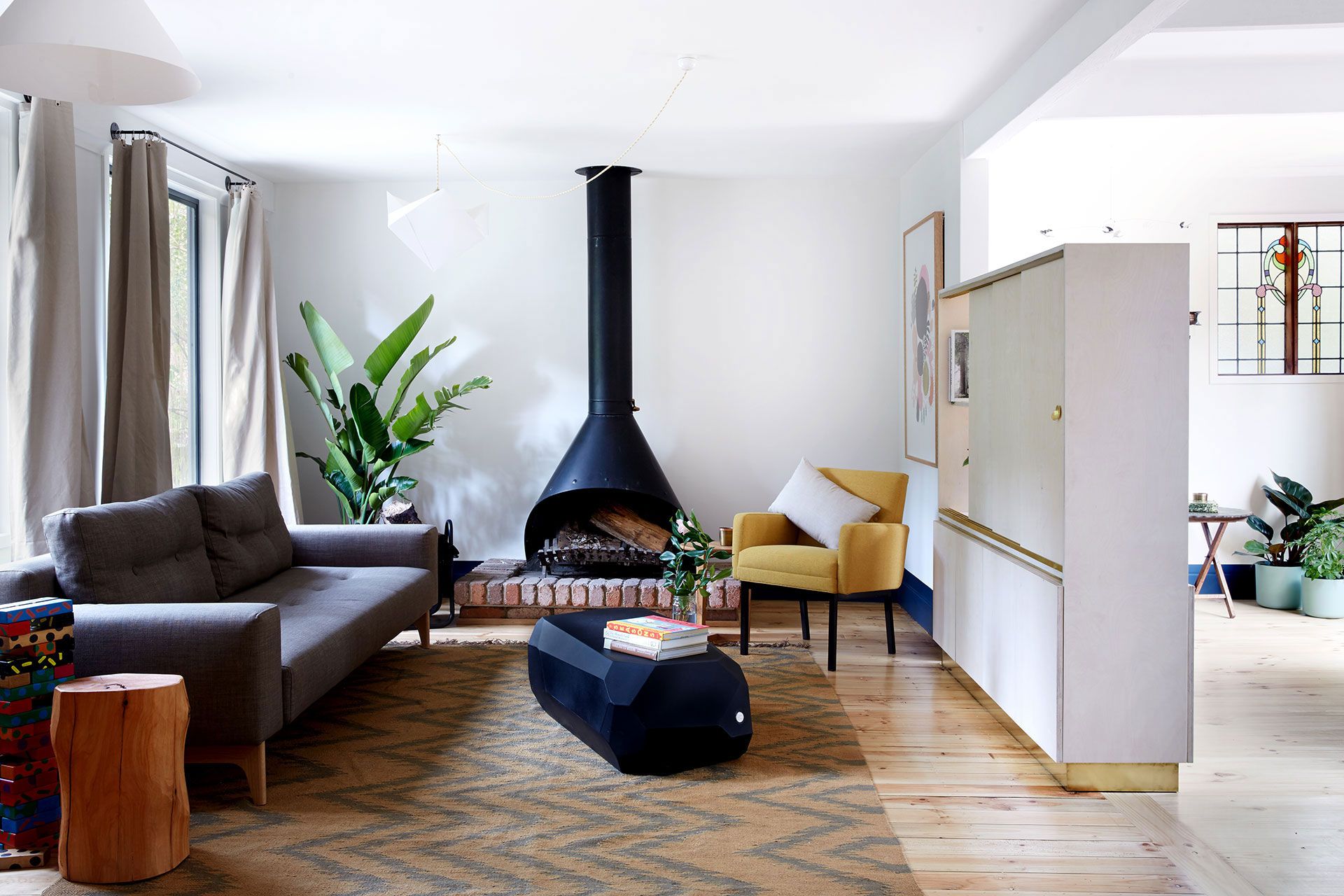 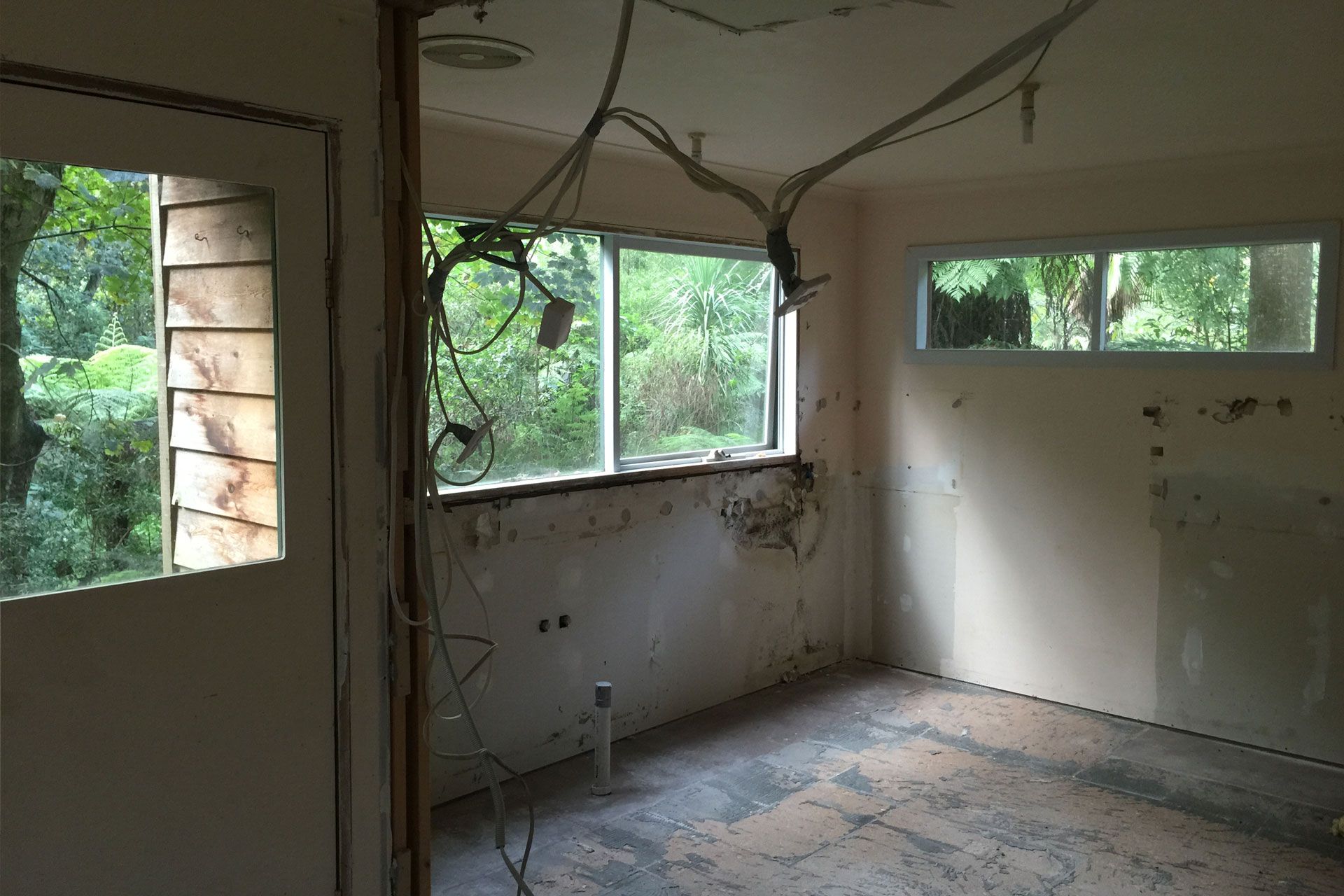 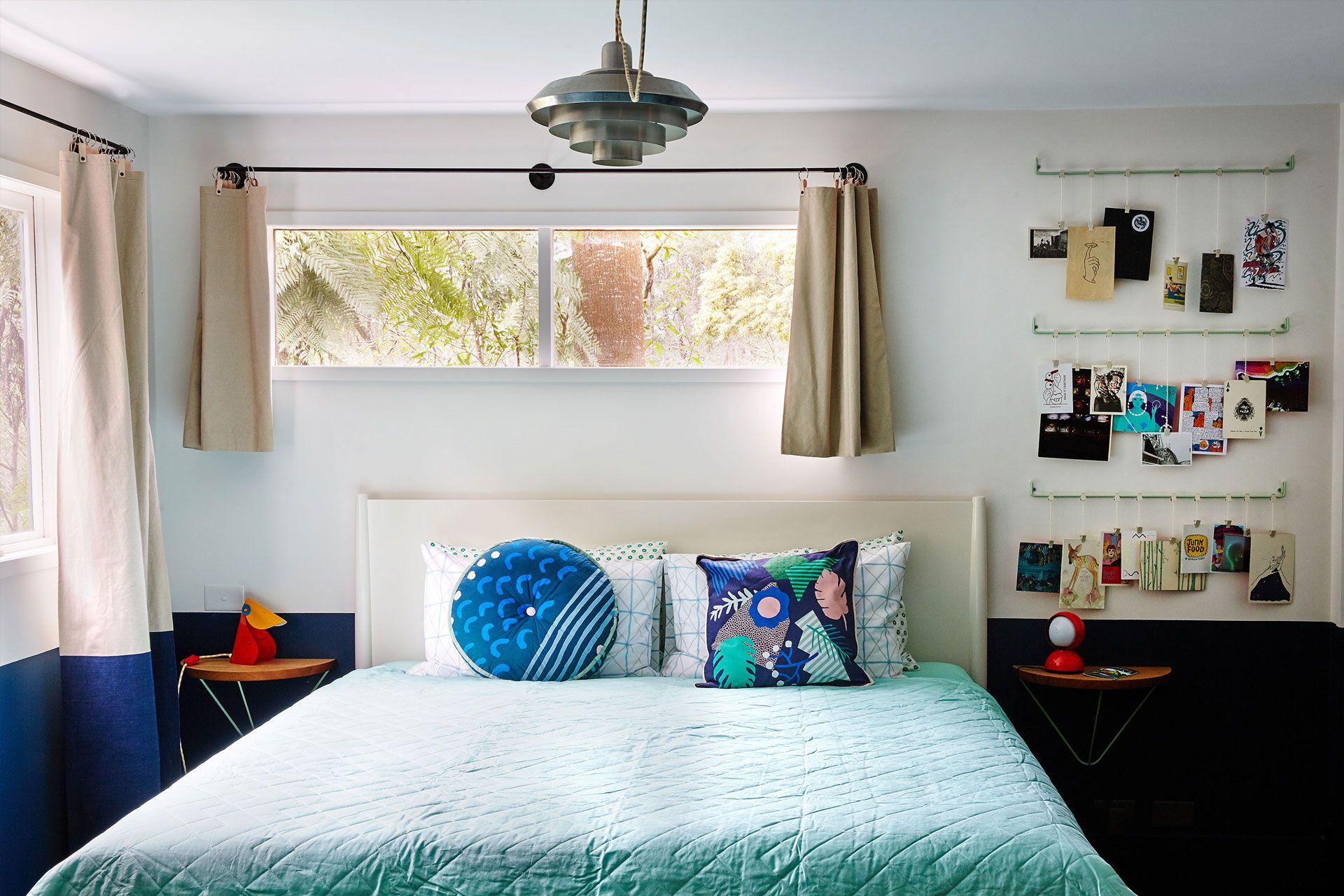 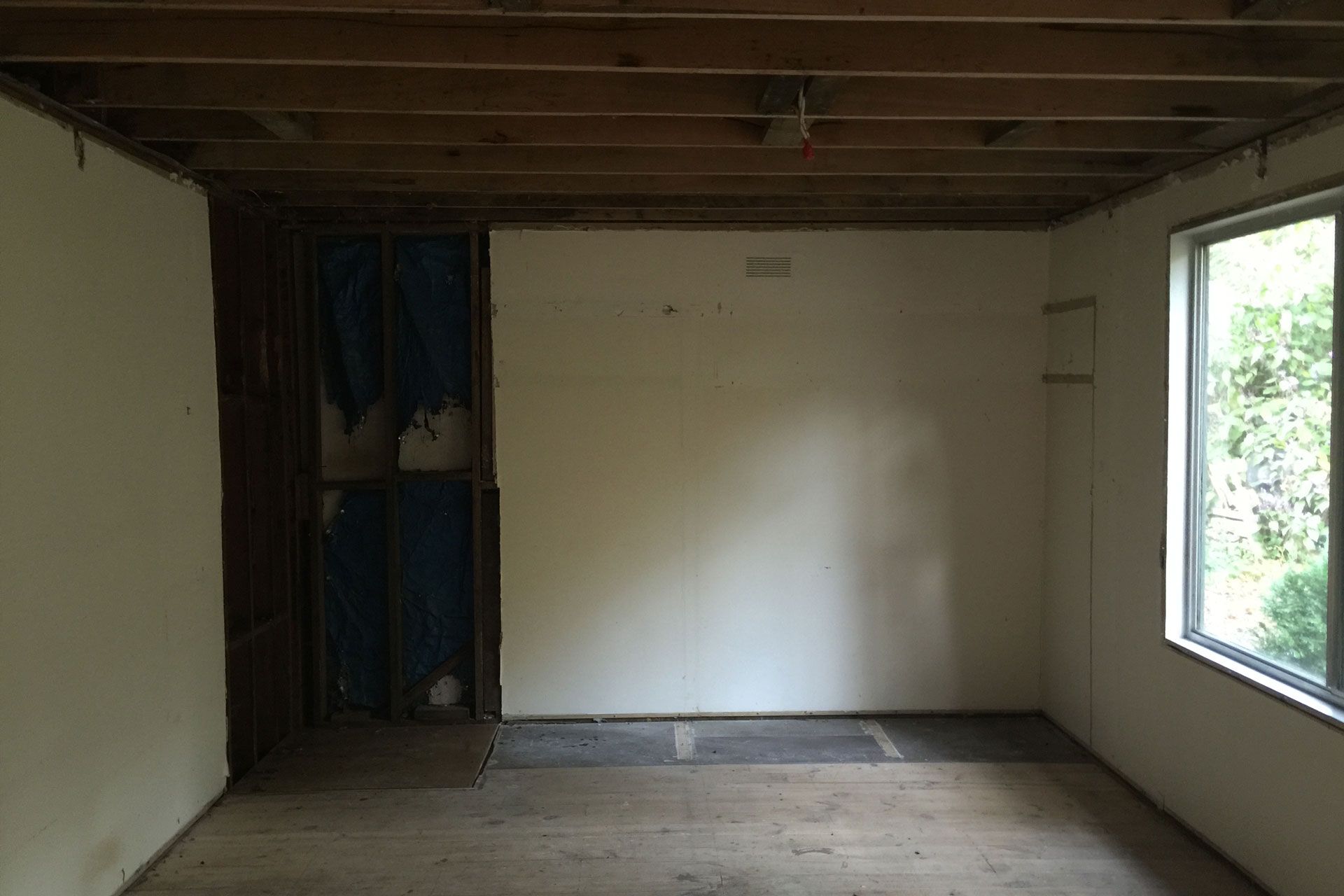 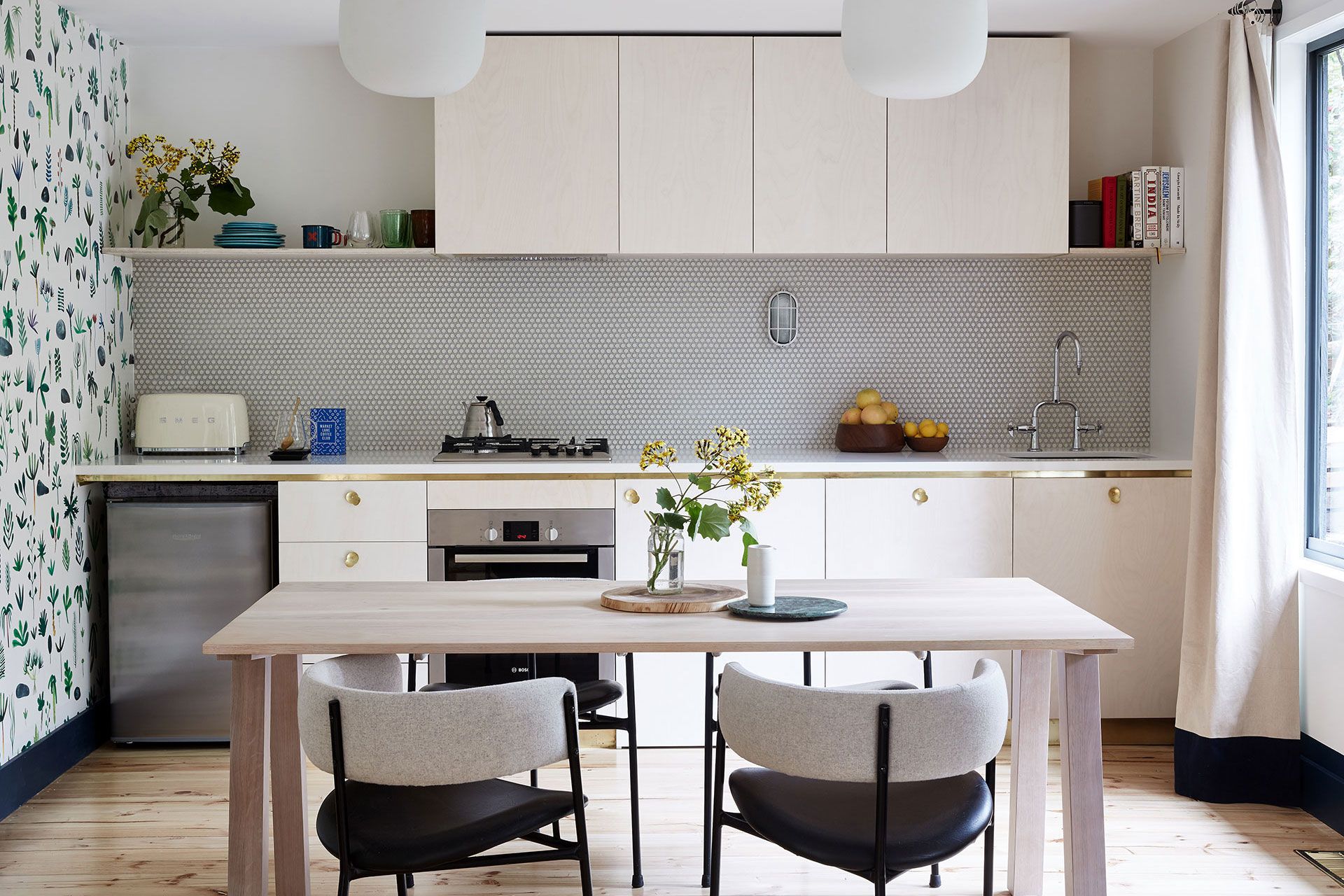 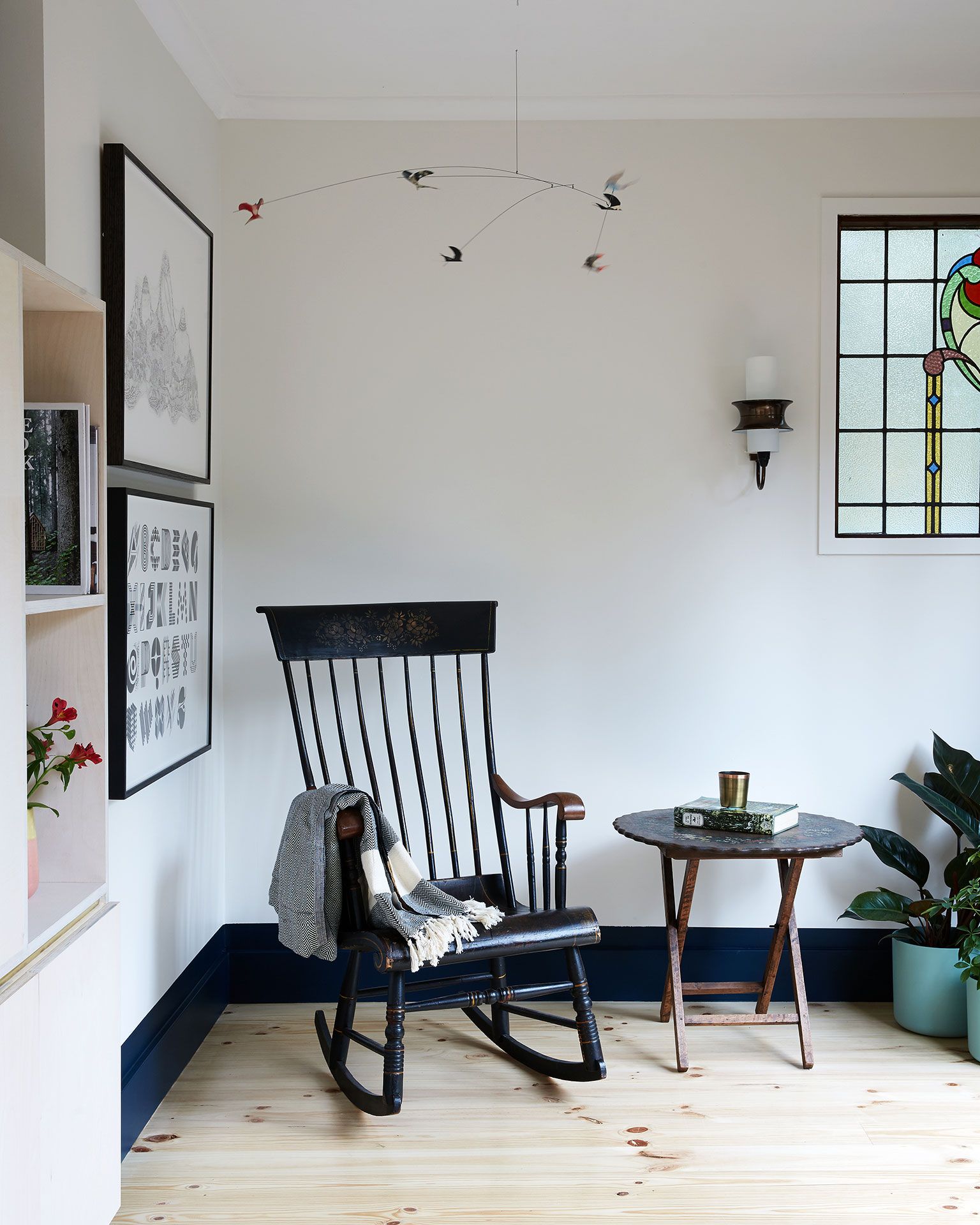 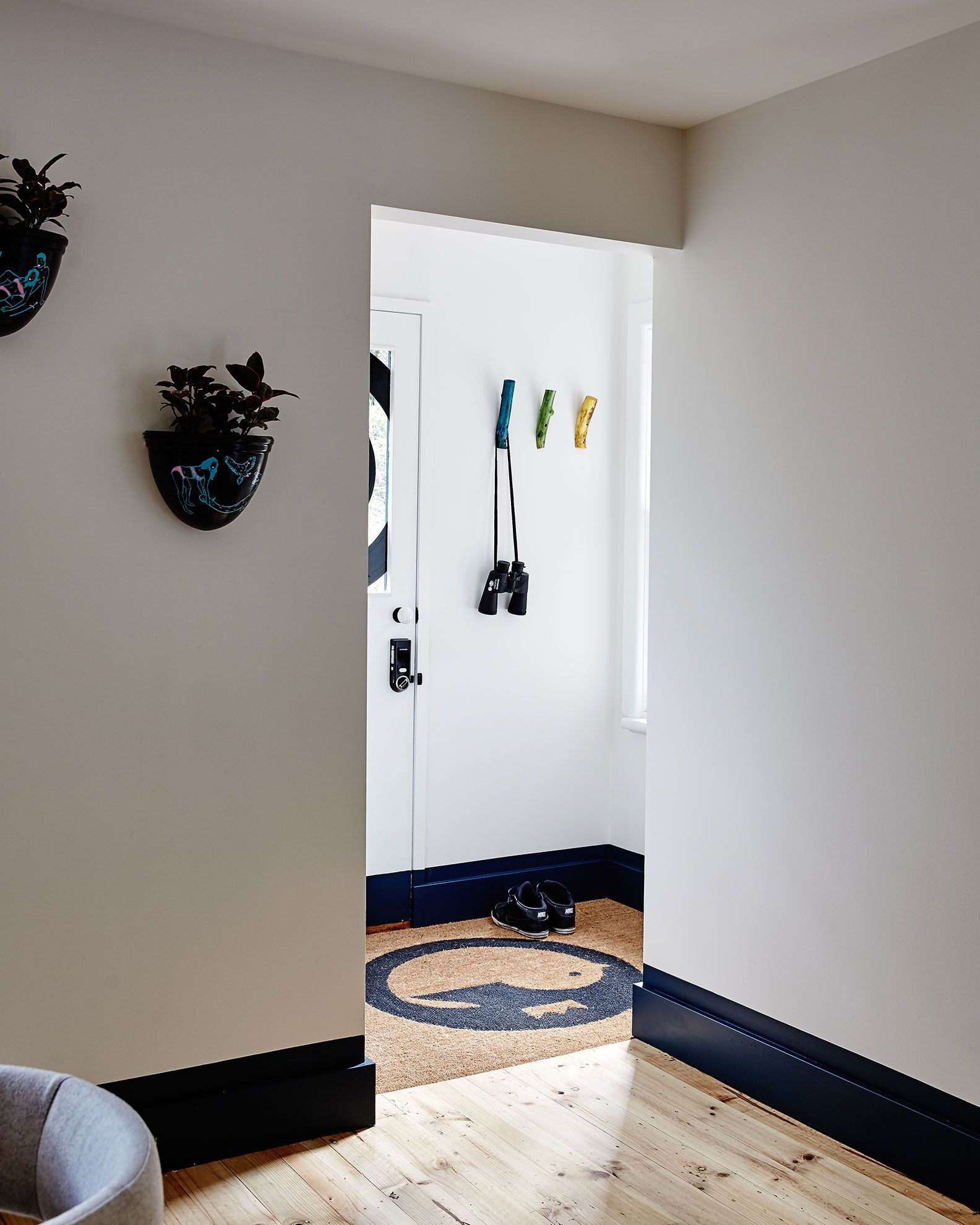 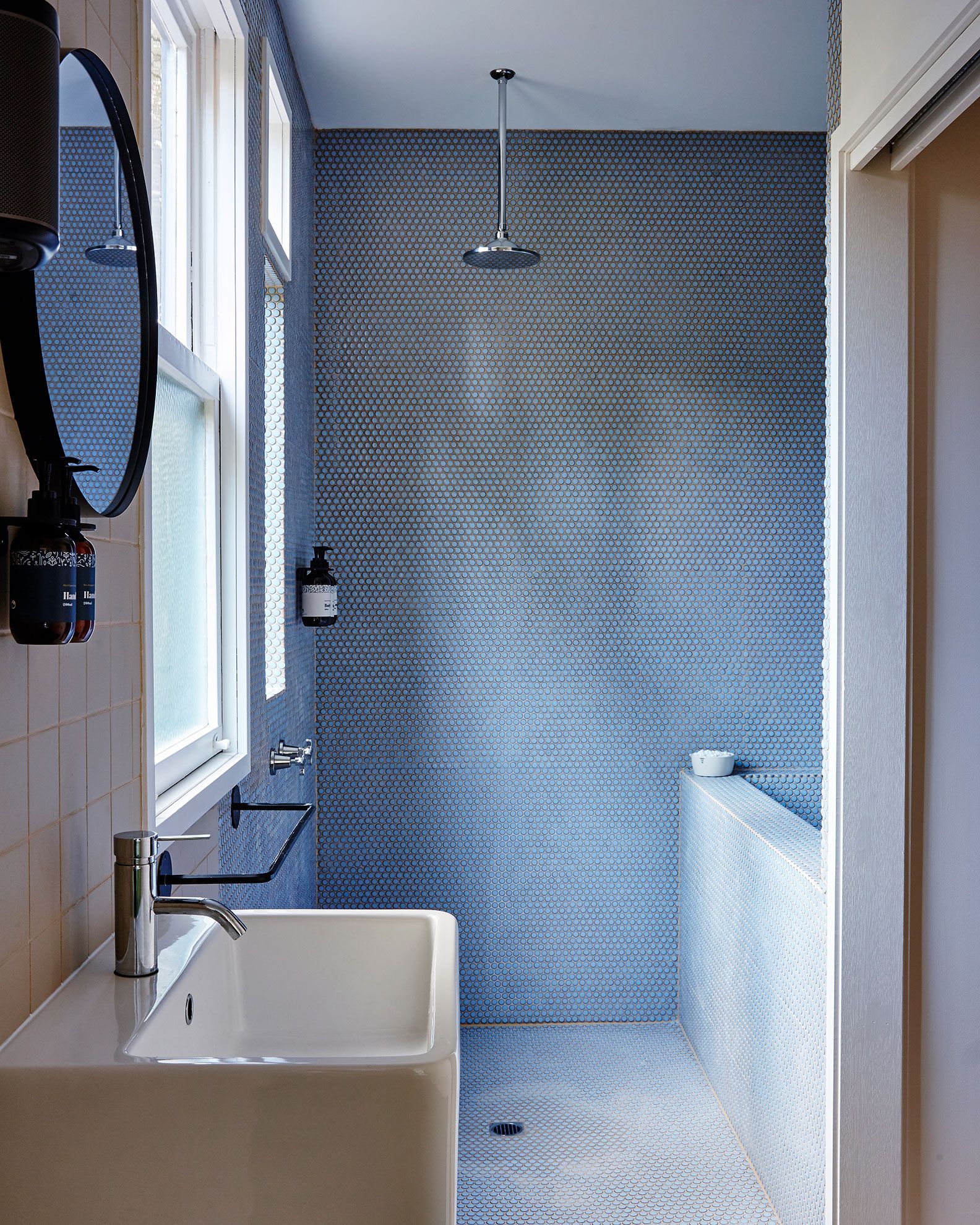 Jacky Winter Gardens is such a special project, a project completely immersed in nature. When we first laid eyes on this house, it was a patchwork of rooms and divisions added over time to accommodate each of the previous occupants’ needs. The original cabin dates from the 1950s, and many sections have been added to the building in later years.

Just like any other project, when you get into the demolition stage you’re able to rationalise the building; you learn the full story of how the building has grown and you deal with all that information as it comes. So, during the demolition process it was amazing to uncover the spontaneous decisions that had been made years ago. For example, a part of the original deck had been turned into an indoor room very hastily. We re-laid that floor and now it’s become a gorgeous sunroom.

The kitchen was originally located at the rear of the house near the rushing creek. Meanwhile, the bedroom was at the very front of the house, adjacent to the living area, so it made sense for us to flip the plan around. We created two clear zones, public and private. We opened up the public area to make sure there were views through the house to the garden. The bedroom now addresses the creek, with the library and bathroom acting as a link between the living and sleeping areas. I can’t really think of a better way to wake up than to hear the sound of the creek and see the light coming through the tree ferns. Being so close to Clematis Creek really does make you feel like you’re far away.

As you meander through the house, the levels step down, and we’ve accentuated that with the inky paint datum that runs through the house. Looking through the house from the front door you get a sense of the building settling into the site. The curtains, which have been custom-made, have a datum through them that mimics this also so as not to create a disruption. Some of the colours we’ve used in the interior have come from observing the transition from summer to winter. I collected a yellow gingko leaf from the garden the first day in autumn I was there, which has informed some of the upholstery colours.

Due to the nature of the project, being a guesthouse, we were able to indulge in features like the soaking bath. We also didn’t need a pantry or walk-in robe, and we even had the scope for a library to house the amazing collection of books and games. You don’t usually get that kind of opportunity, because you often have to prioritise space for storage when you’re designing permanent homes. Guests should feel like they’ve arrived somewhere special, which requires a balance between the house feeling like accommodation and also feeling like you’re home away from home.

I think it’s significant that the property is called Jacky Winter Gardens. It’s almost like the accommodation is a part of the garden itself. The interior is designed to frame and reference the landscape, to connect to it, and I hope guests feel that connection to nature when they stay here.